My first visit to Tokyo was a trip with my then 15-year old son, and I’ve visited four more times since. Tokyo is my favorite of all the cities I’ve seen, a mix of energy and charm. It’s too soon to tell what the longer term consequences of the March 2011 earthquake will be, but the Japanese are a resilient and resourceful people.

The Imperial Palace Grounds define the Center of Tokyo. Not too far away is the New Otani Hotel, with a waterfall and surprisingly spacious garden that date back it is said to the samurai era. English features prominently in much of the Tokyo streetscape. Takeshita Dori is a major shopping area for twenty-something Japanese and typical of the energy in, and enthusiasm for, retailing in Japan. The Torii (ceremonial gates) at many of the parks are a link to and earlier Japan. Ueno Park sits at the northern edge of Tokyo. And Cherry Blossoms are of course an icon of Tokyo, and Japan as a whole.

Click here for pictures from Japan outside of Tokyo. 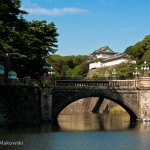 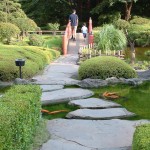 Garden at the New Otani 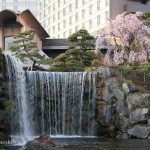 Waterfall at the New Otani 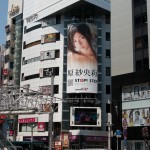 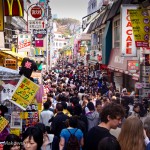 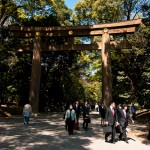 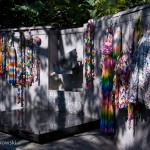 A Peace Wall at Ueno Park 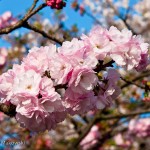